The 17 Perils and How to Avoid Them 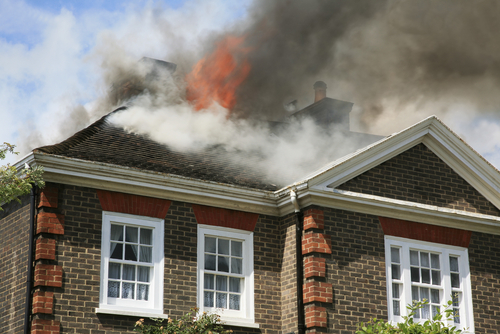 The word “peril” invokes different images for different people, although the reaction is usually the same for everyone: avoid, avoid, avoid. When there are 17 perils to worry about, that’s a lot of avoiding to do. Despite your best efforts, sometimes perils to your home and property cannot be avoided.

That’s where a good homeowner’s insurance policy comes in. Homeowner’s policies are defined by the perils that they insure against. The average homeowner’s policy helps protect you, up to the policy limits, not only from common hazards like fire or wind, but from perils that you might think would be more likely to see in exotic locales than in your own neighborhood. Like volcanic eruptions and explosions.

Although there are myriad choices confronting policy shoppers, there are essentially three main categories of perils that you can insure basic dwellings against. Most policies cover the first 11, and you may have to purchase additional coverage for the others. Here’s a breakdown of the basic perils as covered by standard homeowner’s insurance policies.

The next step up in coverage usually includes the 11 basic perils plus six more:

That makes the 17 perils. A third type of coverage protects against the above perils plus any other peril not specifically excluded by the policy. Examples of common exemptions include:

The information in this article is not intended to be tax or legal advice, and it may not be relied on for the purpose of avoiding any federal tax penalties. You are encouraged to seek tax or legal advice from an independent professional advisor. The content is derived from sources believed to be accurate. Neither the information presented nor any opinion expressed constitutes a solicitation for the purchase or sale of any product. This material was written and prepared by Emerald. © 2013 Emerald Connect, Inc.